there is a darkness in this place

Strange and terrible things are happening in the town of Park Heights.  Unseen, sinister powers have been drawn here and work in secret to change the fate of the world.  For Tess Bellamy, who grew up in the town but could never get away, a new friendship with a billionaire's mysterious daughter will challenge everything she knows about her family and herself.  For Gabriel Majeaux, a world-weary drifter just passing through, all paths lead back to the war in the shadows he thought he had left behind.
﻿DISCLAIMER
Dark Heights is a fictional work of psychological horror, weird suspense, and dark fantasy in a modern setting.
It is intended for Mature audiences only, and contains the following elements which are
100% unsuitable for younger readers: sexuality and sexual violence; pervasive strong language; depictions of child abuse; drug and alcohol use; as much violence and gore as you would find in most horror movies.

Why not head over to Patreon and join the community?  $1/month gets you unlimited access to updates, behind-the-scenes posts and all the news that's fit to print about Dark Heights and other projects. 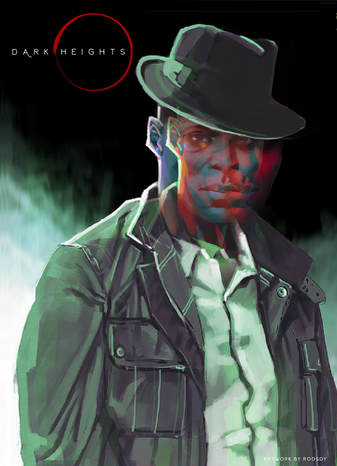